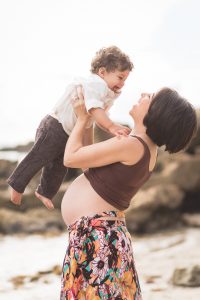 I remember waking up on July 9th, 2015, to beeping sounds from the hospital monitors. I opened my eyes, and my husband was sitting on a rocking chair just staring at me. I could tell from his expression something was terribly wrong. I jumped out of my bed to see if Lucas was still there. He was. Hooked up just like he was the night before. “What happened?” I asked. “They took David.”

“What do you mean they took David?! Where? Who? What?” I came to find out that the previous night, while I was being questioned by the detectives, the social worker along with law enforcement went to my mom’s house at 2AM. They knocked on my mom’s door saying they wanted to check on David. I had already informed my mom the night before of this request, and said it was fine. As I was on my way to sleep, the officers were telling my mom they were going to take him (David, then 20-months old). My mom was in shock, and wouldn’t comply, saying this is not what they said they were going to do. To further intimidate my mom, the officer tells her if she doesn’t hand David over, she is going to be arrested for failing to comply. “I’m calling backup.” My mom’s first response was, “If I go to jail, can I take him (David) with me?” The social worker chimed in and tells her, “No, he would go to Foster Care. And if you get arrested, you will not be eligible to care for him.”

My mom had no choice but to do what they said. My mom remembers awaking him, to where he smiled at her and jumped straight up full of energy thinking it was play time. He had no bruises, no scars, no sign of abuse whatsoever. The social worker took David from my moms arms, and he started to cry, which quickly turned into screaming in despair, as she walked out of the house and headed to the minivan. David was kicking and screaming, to the point the social worker couldn’t get him buckled in the car seat and she asked for my mother’s assistance. My mom was forced to go and buckle David in, all the while he screamed and cried for her help. In less than 5 minutes, they were off taking my 20-month old son to who knows where.

She immediately called Ricardo, my husband, who had arrived from his business trip and went straight from the airport to the hospital to be with me and Lucas.  Ricardo is telling me this story in tears, as he desperately tried to convince the social worker, and law enforcement to not take David. I was in tears, and feeling incredibly betrayed. Had I known their intent was to seize my son, I never would have said anything. They told me they were there to help, and they just wanted to make sure my son was alright. Then they show up at 2 o’clock in the morning, to take my son away? This can’t be legal, I remember thinking. There must be some misunderstanding. At this point, we still didn’t know where David was. The social worker wasn’t returning our calls. All we could do was pray, and cry, and ask God to give us peace. After a few minutes of “letting it all out”, my husband and I had to put on our thinking caps. We were on our phones immediately contacting lawyers, and after about 10 attempts we found one who specialized in Juvenile Court ie Family Law. I spoke with him over the phone that Friday morning, and he told me he knew where my son was, that he’d dealt with the County before and knew exactly what was going on. He told me to meet him at his office at noon. In the meantime, he told me to contact as many people as I could to write Character Letters for me. I still couldn’t wrap my brain about what the heck was going on. I mean really, WHAT WAS GOING ON?

Trust in the LORD with all your heart and lean not on your own understanding;
in all your ways submit to him, and he will make your paths straight. -Proverbs 3:5-6

Meanwhile, Lucas was in the PICU being monitored 24/7, still in a medically induced coma. I had not been able to hold him due to all the wires and equipment coming out of him. My heart was breaking, but with all the chaos surrounding David, I couldn’t even grieve for Lucas. I just kept praying. When the doctors told me they didn’t know if he would survive the next 48 hours, I got on my knees that night as asked God to please not take my baby away. I had asked for him, and The Father gave him to me. I remember praying that no matter what Lucas’ state was, I would dedicate the rest of my life to taking care of him. The Holy Spirit came to me that night, and whispered, “He is mine.” I was immediately filled with “the peace that surpasses understanding.” I knew in that moment Lucas would be alright. But I still had no idea what my family was in for.
Rss Rachel Bruno - Author, Speaker, Advocate Facebook Twitter Rachel Bruno - Author, Speaker, Advocate 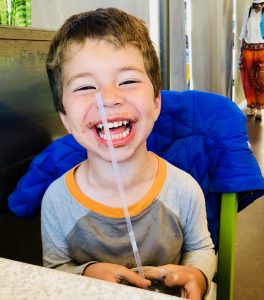 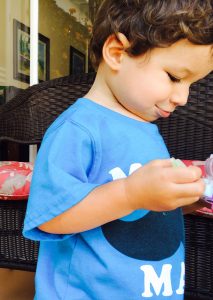 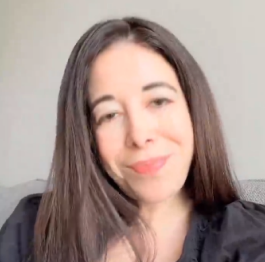